The Pursuit Of The American Dream

There are many ways to describe Graziana Maria Lazzaro - Unique, talented, and charismatic just seem to scratch the surface.

Massafra, has so much history it dates back to 970, from the Castle of Massafra to the Gravine and il Santuario della Madonna della scala, which my mom was named after. My grandparents loved music, my mom would sing to me from an early age and I would light up every time music would play. My sister played the piano and I would sing, music was a huge influence. In 1987, my family moved to Brooklyn, NY, (its where all the Italians lived at that time) my dad always believed in the American Dream and fast-forward a couple of years later my sister and me, are the first college graduates of our family. 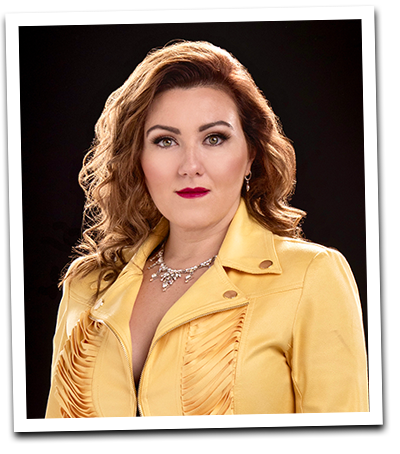 She graduated from Wagner College in Voice Performance, a college known for their remarkable Music program, which she received a scholarship to attend; she studied Opera, the foundation of signing, where she also studied piano, solfeggio, recital performance and sight singing. 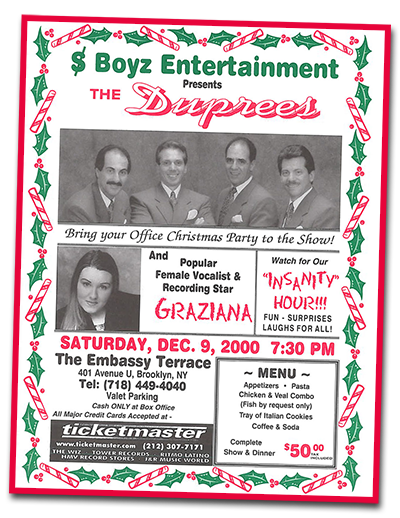 Her audiences know her for bringing Italy through her authentic interpretations of the “Tarantella Napoletana”, to the all-time favorite “Mamma” to an American classic like, “At Last”, filled with passion. She adores interacting with her audience and making them part of the show.

She performed as the opening act for the Shirelles, the Duprees, the Drifters, the Platters, Johnny Maestro and the Brooklyn Bridge, Al Martino, Don Cornell and Pat Cooper. A humbling experience for Graziana and pleasure to share the stage with such high caliber performers. King Broder her booking agent at the time, quoted her talent, “when she sings, everyone listens” such warmth in her voice you will fall in love.

A dream come true for an Italian Immigrant to have the honor of singing the National Anthem at Shea Stadium not once but twice, a thrill she will never forget with the over-whelming applause of the 57,333-seater stadium. She remembers the crowd applauding at the line and note “O’er the land of the free”, a rush that she will never forget. 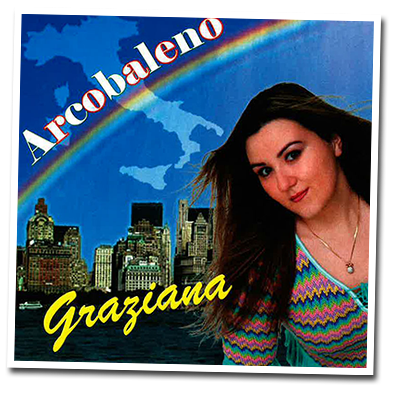 She currently has three albums entitled, “Destino,” which she was 16 when she debuted the album 8 Italian songs she co-wrote with a family friend. “Dedicato a Voi” is a compilation of classic folk Italian covers like “Torna A Sorrento” and “Mamma”, which is my mom’s favorite song. Her third album “Arcobaleno.” she covers Italian and American favorites like, “New York, New York” and “I will Survive”. All of these songs are dear to her as they shaped her into the artist she is today. Proudly representing her heritage through singing of both Italy and America together, one Heart.

P.S. A special thanks to my mom and dad, with their sacrifices and constant support, allowed me to live my American dream each and every day, your hard work and dedication will never go unnoticed and will forever be in my heart.